Diving into the Cloud with Microsoft AVD and LEAF OS

“LEAF OS proved to be the perfect addition to our AVD deployment. It helps future-proof our computing environment.” 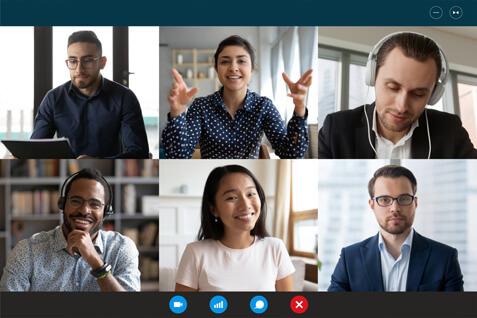 A city in Oklahoma takes on Microsoft AVD as their default computing environment.

Most organizations look to the cloud as a supplement to their computing infrastructure deployments. When a large city in Oklahoma told us their adoption of Microsoft AVD would be the default deployment methodology for approximately 3,000 employees, it was something altogether different. “We decided to take a cloud-first approach. Users have to convince us they can’t use the cloud to be exempt,” said their Chief Information Officer.

The City didn’t make that decision in a vacuum.

A few years prior, the City had experimented with VDI. They had been suffering from the usual IT-related headaches that come with individual systems and hardware, i.e., system updates, hardware compatibilities, software licensing, virus infections, malware, and ransomware. The latter caused a significant disruption shortly before this initiative was born. Security and Recoverability became the top priorities, and with a staff-to-support ratio of 100 to 1, they needed something powerful and comprehensive.

With Microsoft Azure Virtual Desktop (AVD) chosen as the cloud platform, the City began experimenting with third-party management and repurposing software for the AVD platform. They ran into several issues with collaborative tools, specifically video conferencing. Without the ability to collaborate remotely, the cloud migration was dead on arrival. “Initially, we struggled to use video conferencing tools like Microsoft Teams and Zoom. Incompatibilities with existing hardware and lack of software support made collaboration impossible.”

NComputing, an official AVD solution provider, was introduced through a referral from Microsoft. “Getting additional mileage out of our existing equipment is key. While we’ve had some recent acquisitions, most of our computers are 3 to 5 years old. We need to extend their usefulness to 7 years or more and eventually adopt Windows 11. That’s what intrigued us about NComputing’s LEAF OS repurposing software.”

LEAF OS allows a desktop, laptop, or thin client to be reborn as a cloud computing device. It eliminates the need to run a Windows OS on the device, simply allowing users to log in directly to their AVD desktop in the cloud. And for IT, they can manage these LEAF OS devices remotely via the PMC Endpoint Manager.

A Proof of Concept using LEAF OS and PMC began. Several must-have features took center stage. First, it needed to be compatible with the multitude of Dell and HP computers owned by the City. Then the ability to deploy AVD effortlessly to their staff with little or no training was vital. Once deployed, managing those entities needed to be centralized and work with the Azure Government cloud. But critically, they needed to solve the existing collaboration deficiencies. “The NComputing team was able to take our requirements and configure LEAF OS to run both Microsoft Teams and Zoom within AVD sessions,” said the CIO. “They worked to bridge the compatibility gap with the Azure Government Cloud and make some additional tweaks to their software to help streamline our deployment.” 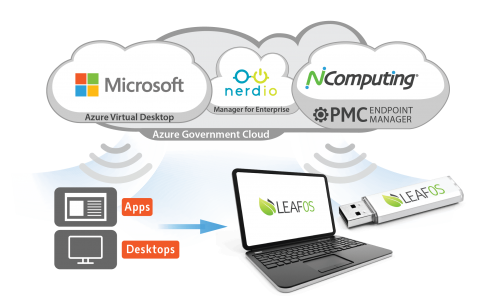 The POC lasted only a few weeks, with IT staff and stakeholders from other organizations within the City validating the solution. Within two weeks of the POC successfully concluding, 600 LEAF OS installations are active for full-time AVD use across multiple organizations, with 1000 seats rolling out in the first two months.

“The support we received from NComputing during the POC was phenomenal,” said the CIO. “LEAF OS proved to be the perfect addition to our AVD deployment. It helps future-proof our computing environment.”