Deploy NComputing’s L-series access devices with NComputing’s virtualization software to achieve cost efficiency and improve the use of desktop space.

Successfully cut costs and made use of the savings to purchase LCD monitors to replace old CRT monitors. The small NComputing virtual desktops took up little space and helped to free up space on users’ desks.

“After deploying the solution, we can see that NComputing would be a good choice when we need to add computer access for new users. We can even deploy this in our retail showrooms.”

Canon Marketing (Thailand) Co., Ltd., a subsidiary of Canon Inc. Japan, sells and markets its digital imaging and office automation equipment to businesses and consumers in Thailand. Best known for their popular cameras and printers, Canon’s team of over 400 employees in the company’s Bangkok headquarters include a direct sales team and supports a nationwide network of 160 dealer locations and 11 service stations. 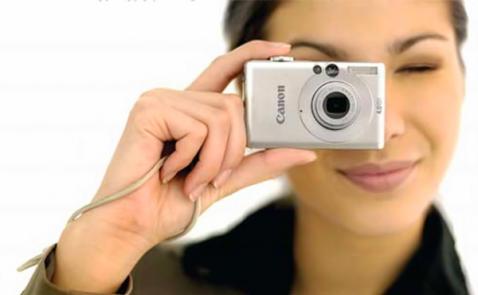 Canon is a premier designer and manufacturer of digital cameras.

When preparing their IT purchasing budget for the coming year, Canon took a closer look at the way it was providing computer access to its employees and realized two things. For starters, a large number of their users utilized just a small fraction of their computers’ capacity. These users only needed to use basic office applications and the internet. Replacing these users’ aging desktop computers would not only consume most of the year’s IT budget, but even low-end new computers would be significantly overpowered for their needs. Canon also realized that the existing computers took up most of the limited desk space available. Simply replacing them with new machines would do nothing to alleviate their employees’ crowded workspaces. It was obvious that the current PC replacement model no longer made sense and the team went in search of a solution.

When Canon approached NComputing distributor Siam Network & Computer Co., Ltd. (SNC) with their problem, SNC quickly recommended a pilot installation of NComputing’s virtual desktop solution. The NComputing solution is based on a simple fact: today’s computers are so powerful that the vast majority of applications only use a small fraction of their capacity. NComputing’s virtualization software and hardware tap this unused capacity so that multiple users can simultaneously share it. Each user’s monitor, keyboard, and mouse connect to the shared computer through a small and very durable NComputing access device. The access device itself has no CPU, memory, or moving parts so it is rugged, durable, and easy to deploy and maintain.

What impressed Canon during the pilot was the fact that their users did not notice any difference in their computing experience between their large desktop computers and NComputing’s L-series virtual desktops. The L-series was perfect for solving Canon’s problems as the access devices cost much less than individual computers and are also much smaller, so users were able to enjoy the same computing experience while reducing desktop clutter.

“We analyzed the users’ needs and expectations carefully and proposed to Canon to use reasonably priced desktops as the shared computer while connecting several L-series to each of them,” explained Mr. Wichai Amatamahutana, managing director of SNC.

The savings were used to replace old CRT monitors with space-saving LCD monitors, further reducing the clutter on the desktop. Canon met its original goals of increasing the efficiency of its computer resources, and enhancing the office workspace for its employees.

“After the pilot, we found that the performance was just as good when compared to other solutions, but the cost was lower with NComputing,” said Ms. Praphavan Puttummavong, network & computer specialist at Canon.

With the success of the solution, Canon sees the potential to install more virtual desktops in its organization. “After deploying the solution, we can see that NComputing would be a good choice when we need to add computer access for new users. We can even deploy this in our retail showrooms,” said Ms. Puttummavong.