“Things are much more streamlined with the L300’s since everything can be done at the server. What would have taken at least a day previously now takes us less than an hour. When I’m ready to upgrade the Operating System, I’ll only need to upgrade the host. That’s pretty powerful.” 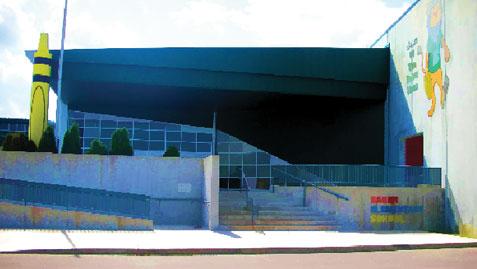 Randolph Central Schools is a small rural school district faced with a decreasing annual technology budget and increasing technology requirements. To serve its 1,500 students, the school district had traditional computer labs across its campuses with one desktop per workstation comprised of IBM, Dell, or white box, but there were continued challenges with software updates coupled with problems resulting from the aging hardware in excess of seven years old.

The computers were slow and there was no easy way to deploy software on each machine. Randolph Central Schools used scripting, a deployment server and group policy objects to install and update software. From an ongoing support perspective, the district spent most of its IT resources on work requests for break-fix problems in computer labs, software updates and configurations.

To compound matters, Randolph Central Schools needed to increase the number of computers for mandatory state testing, but before doing so it had to address the limitations of the existing environment including power capacity issues within its labs, which were never designed to host so many computers.

The district explored options and considered Citrix and VMware, but ultimately selected NComputing L300 thin client devices because of the overall cost of deployment, which was less than half the cost of traditional computers, as well as the simplicity of design and setup.

Randolph Central Schools was thrilled with the easy installation of the L300’s, and since the devices have very small power requirements there were no concerns over the limited power capacity within existing computer labs and when building new labs. The smaller footprint of the thin client also resulted in a cleaner look at each station with more workspace than before. As far as supporting the new solution, the district’s IT staff experienced immediate timesaving through more efficient desktop management and quicker software deployments.

“Software installation and updates used to be a time intensive process since scripting from one version of Java to another doesn’t always work. We’d either have to try and get things to work or go to each machine to uninstall and reinstall programs,” said Jonathan Butler, Sr. Network Administrator, Randolph Central Schools. “Things are much more streamlined with the L300’s since everything can be done at the server. What would have taken at least a day previously now takes us less than an hour. When I’m ready to upgrade the Operating system, I’ll only need to upgrade the host. That’s pretty powerful.”

Butler says his team’s productivity has also been increased due to less time required to repair workstations – something that has also drawn praise from teachers who no longer experience the frustration of computer downtime. Randolph Central Schools has saved additional resources by eliminating the need to clean every desktop in the labs since the L300 devices and peripherals don’t have any fans or other moving parts.

NComputing has allowed Randolph Central Schools to expand its computer labs for more general use. By having thin client workstations readily available students can now come in 20 minutes before school starts and do math drills or other educational programs instead of going to the gym as they did previously. “We never had equipment to extend to our faculty and students beyond the existing curriculum,” said Butler. “Now, we have workstations that are fast, easy to log in to and use. Our thin client computers perform extremely well and provide the fastest session you’ve ever used, virtually eliminating any wait time to begin using applications.”

Randolph Central Schools has been very pleased with the ongoing sales and technical support from NComputing, from the sales representative who checks in after each deployment to the tech support team that never left their side during the initial implementation. “They made sure we had the correct settings and adjustments on our host machines,” said Butler. “The comfort level with NComputing is amazing.”

The initial implementation for Randolph Central Schools consisted of 165 L300s and there are plans to deploy more in the future to continue to meet needs across all campuses. The district also hopes to extend NComputing thin client devices beyond computer labs and classrooms to its administrative staff and other areas where there’s currently a traditional desktop computer.